The latest updates to Feedback are now in beta 🎙

We're excited to be launching two new things in private beta next week: the feedback inbox and public page feature request form. Request access to the beta by contacting us at support@launchnotes.com.

The feedback and feature request button on the main Announcements and Roadmap home pages are an exciting new addition that will help you crowdsource great ideas from your customers and get them straight to your R&D team.

When clicked, a form opens in a modal giving customers the ability to submit their request. However, since we know all feedback isn't created equally, the modal also provides users with the ability to indicate a level of importance with their feedback. This significantly helps your Product team as they evaluate their backlog and prioritize their roadmap. 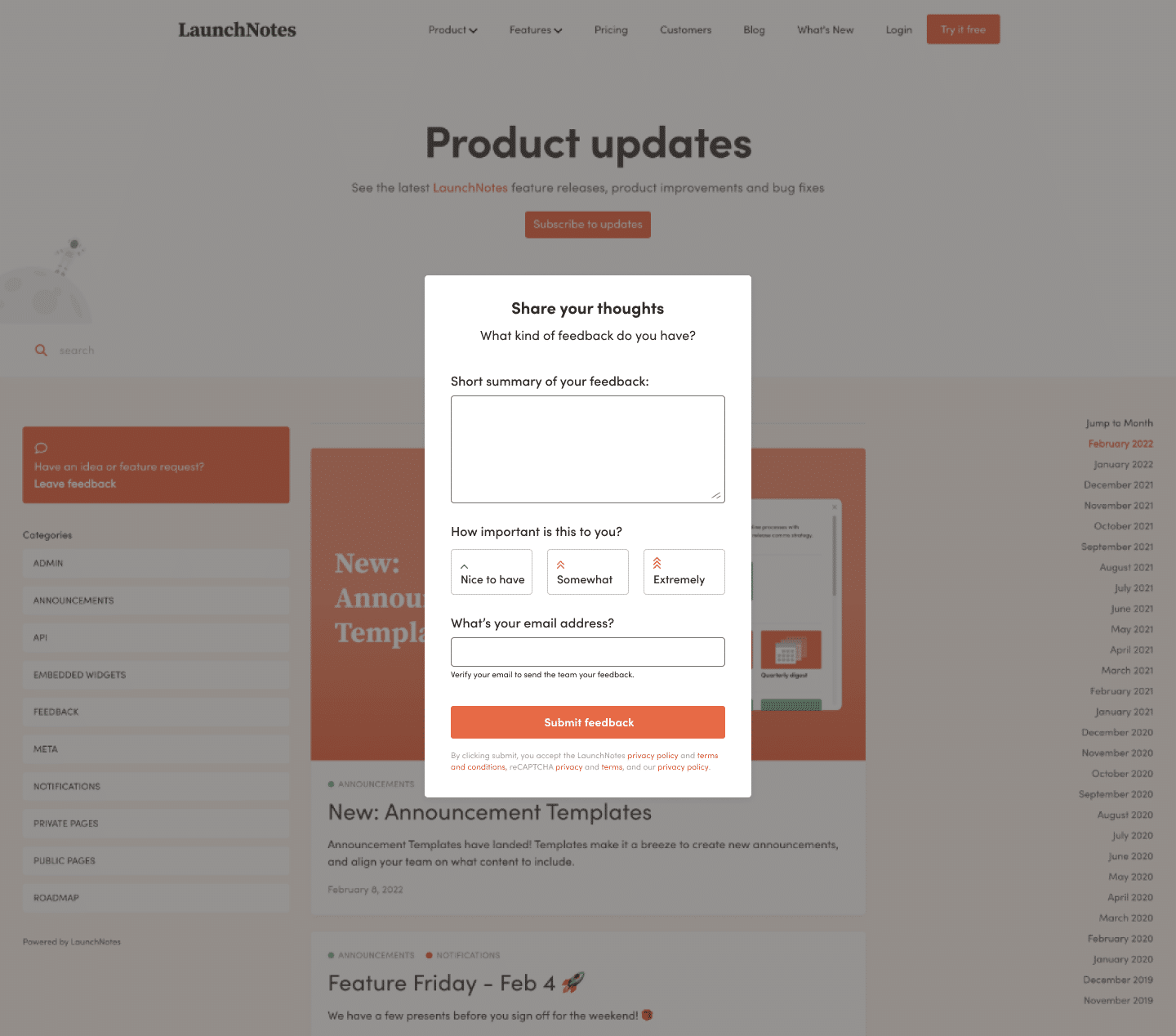 For admins, we're also working on a new concept called Ideas, which will allow LaunchNotes users to create ideas under which feedback can be synthesized, organized, and sorted. When your team receives a feature request for a new feature that doesn't fit into one of the existing Announcement or Roadmap Items, you will soon be able to create a new Idea for the feedback to be grouped under.

Ideas will not be displayed on your published LaunchNotes page and will be rolling out in the following weeks, at which point the beta will expand to include access to this new feature. 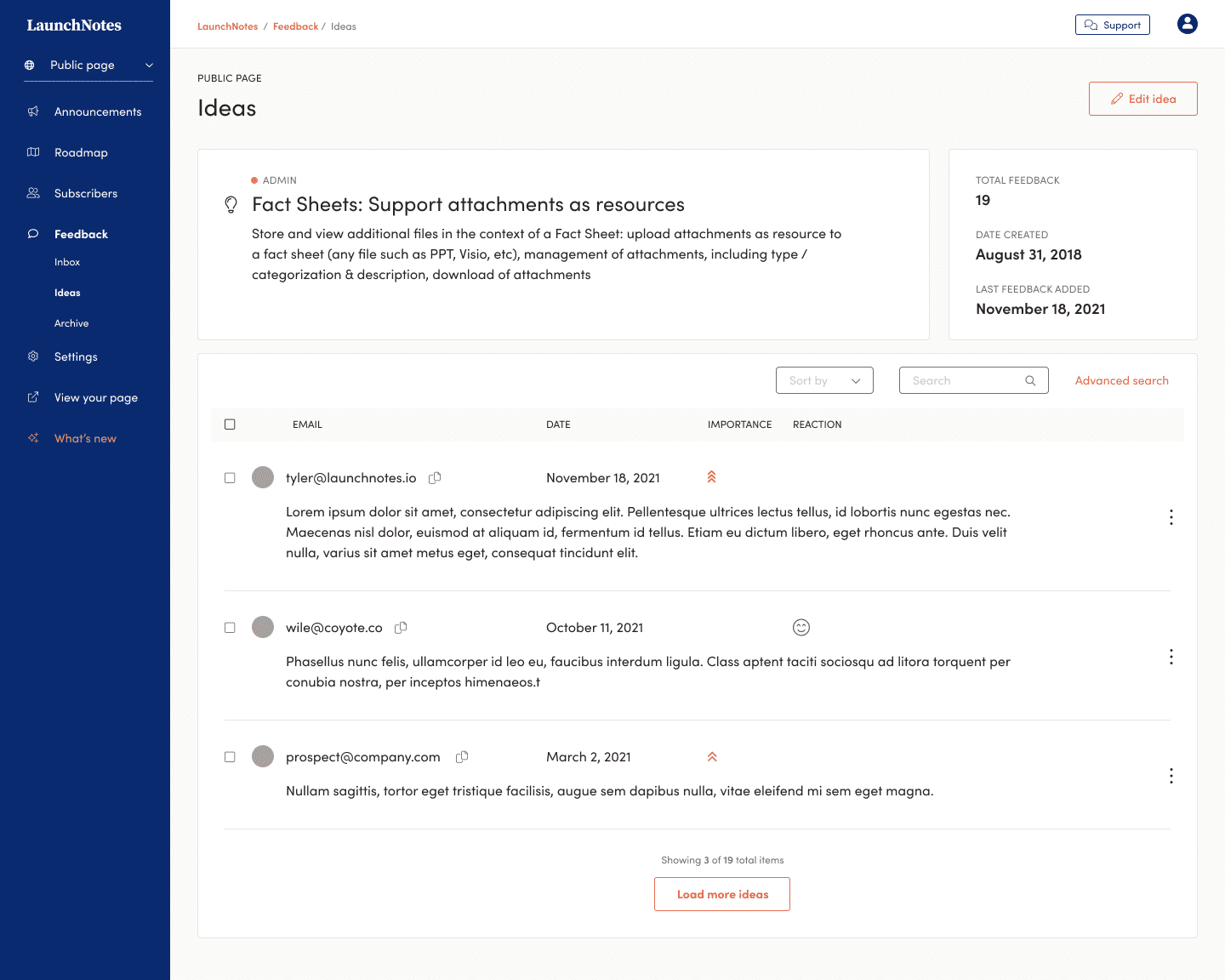 The feedback form buttons on Announcements and Roadmap Items are also getting a makeover in the beta. The button is replaced with emoji reactions to encourage more submissions from your audience, and introduces a neutral emoji for feedback that is neither positive nor negative. 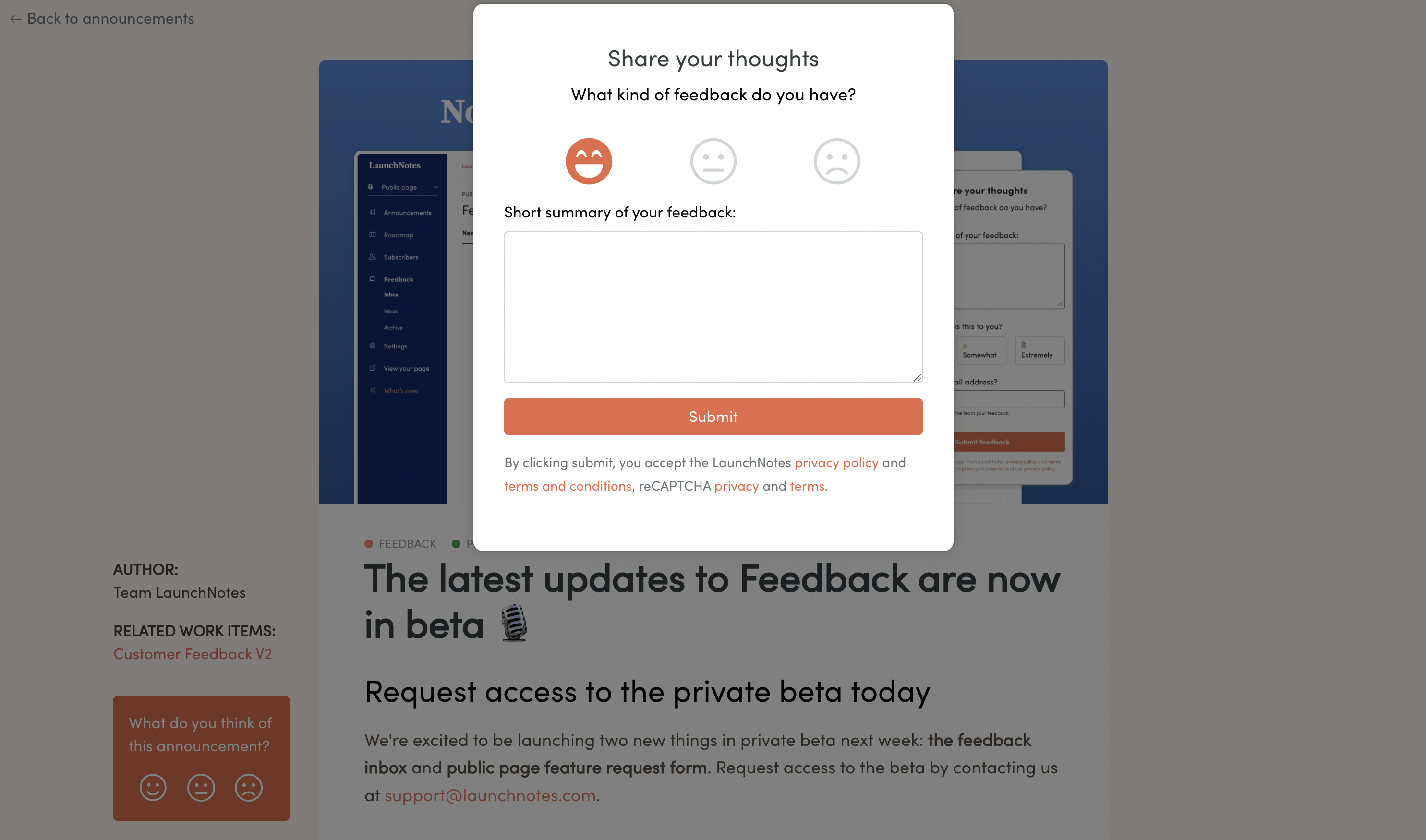 With the feedback inbox, you and your team will be able to review all feedback collected through your LaunchNotes page, create feedback on behalf of customers, and organize feedback. 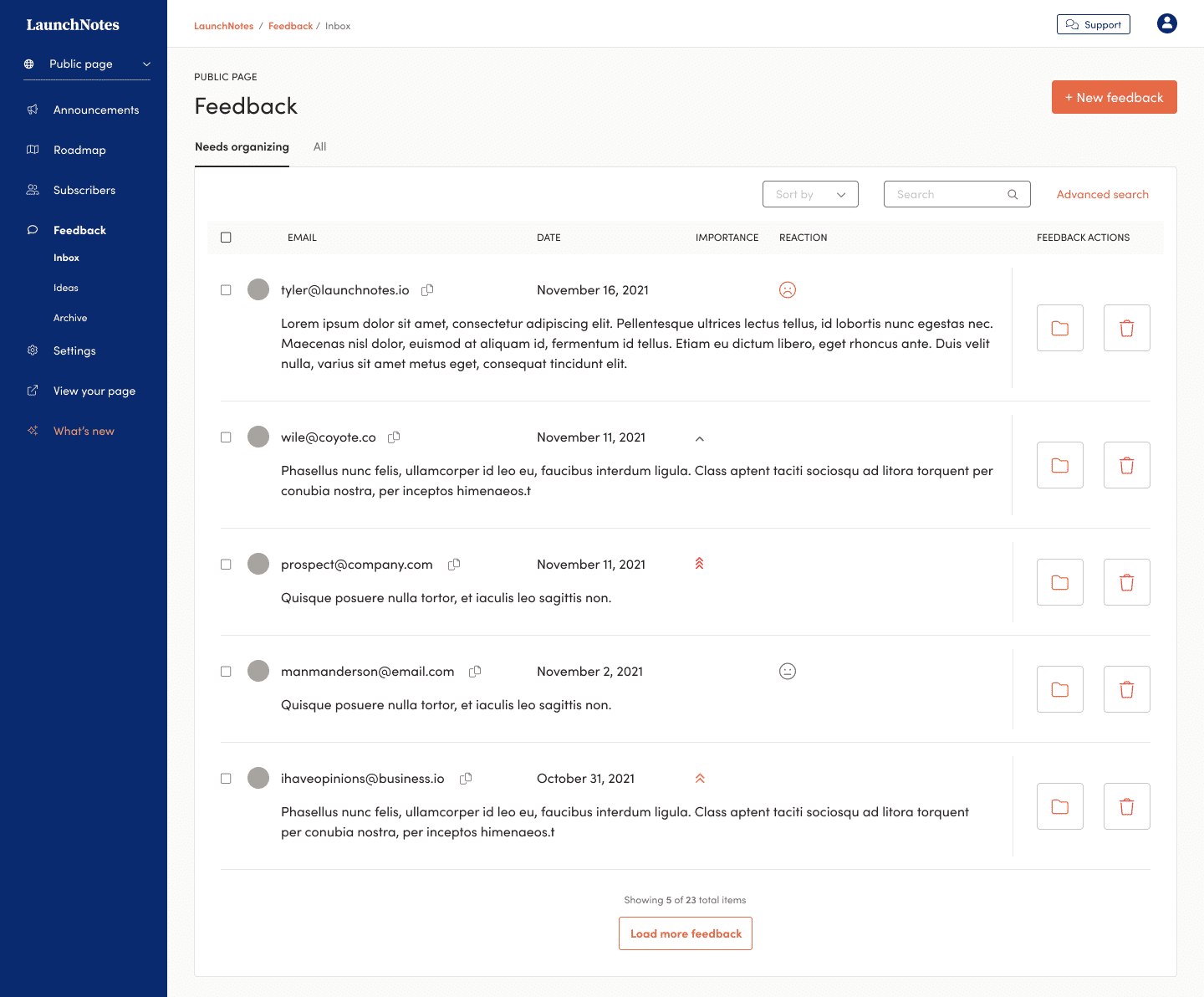 With the upcoming addition of Ideas, your team will be able to work through the "Needs organizing" tab to quickly clear it by organizing feedback to any published Announcement, Roadmap Item, or new or existing Idea.

Reach out to us via Slack or email at support@launchnotes.com to get access to the latest updates for feedback collection.

Thank you! Your submission has been received!
Oops! Something went wrong while submitting the form.